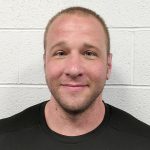 Ben has always been interested in fitness and pushing his body to the extreme. He served in the U.S. Army from 2002-2015, spent 6 years in Germany, two tours to Afghanistan and one in Iraq. During his time in the Army he earned an A.S. in Exercise Science and various certifications from ISSA including; Personal Training, Sports Nutrition, Strength and Conditioning, Youth Fitness, Senior Fitness, and Bodybuilding. Following the Army, he graduated from Pennsylvania College of Technology with and A.S. in Physical Therapy and worked in various skilled nursing facilities as a PTA. He likes his role at Pivot because he gets to fill a gap between therapy and performance training where people “get stuck” not knowing what to do, minimizing injury, and maximizing progress. In his free time, he enjoys hanging out with his kids, strongman training, and off-roading.