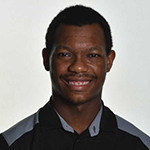 Jason Maccannon has worked for Pivot Physical Therapy Team since summer of 2020 after moving to Maryland from Georgia. He is BOC certified, licensed in Maryland, and a member of the NATA. He is an Athletic Trainer at University of Maryland Eastern Shore in Princess Anne, Maryland.

In 2019, He graduated from Messiah College with a Bachelor’s of Arts in Athletic Training. During his time at school, he had the ability to work with collegiate athletes on the women’s lacrosse and indoor track and field team during his clinical rotation at Messiah College. Other rotations included time at various high schools around the state covering sports such as football, field hockey, cross country, men’s and women’s soccer, cheer and men’s and women’s volleyball.

Once graduated, he began working at Point University in West Point, Georgia. There he was able to work with collegiate athletes with all types of injuries from pre-surgery rehabilitation, post-surgery rehabilitation, injury treatments, sports performance, and game coverage. His main responsibility was women’s soccer and men’s and women’s basketball teams. After completing his intern year at Point University, he began working at the University of Maryland Eastern Shore.

He moved to Maryland from Georgia in May of 2020 with his dog, Chance. He enjoys sports of all nature, as he competed in two collegiate sports during his time at Messiah, swimming and track and field. Jason continues to race in triathlon.