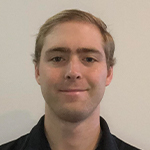 Brendan joined Pivot Physical Therapy in July of 2016.  He is the Regional Coordinator for Sports Medicine of the Eastern Shore of Maryland and Delaware.  Brendan is also the certified athletic trainer for North Dorchester High School in Hurlock, Maryland and at the Pivot Physical Therapy clinic in Cambridge, Maryland. Brendan previously worked at The Citadel in Charleston, SC as a resident athletic trainer. His primary responsibility was as an athletic trainer with the football team. He is a member of the National Athletic Trainers Association and Mid Atlantic Athletic Trainers Association.

Brendan graduated from Salisbury University in 2015 with a Bachelor’s Degree in Athletic Training. Brendan obtained his Masters Degree in 2017 from California University of Pennsylvania in Exercise Science and Health Promotion with a concentration in Rehabilitation Sciences.

Outside of work, Brendan enjoys going to the beach, exercising, playing basketball, hiking, and spending time with family.  Brendan has two dogs named Henley and Oakley.