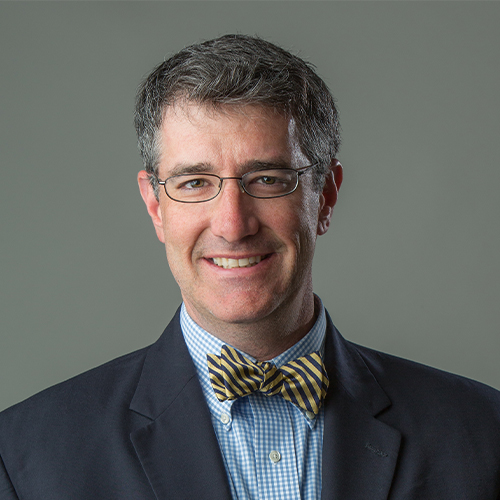 As Senior Director of Sports Medicine, Christopher Horowicz is responsible for managing patient care and outreach. Chris is a Baltimore native. He graduated from Goucher College in 1995 with Bachelor of Arts degree in international relations. While at Goucher, Chris was on both the swim and lacrosse teams and served as a lacrosse team captain during his senior year. He continued his education at the University of Utah and obtained a Bachelor of Science degree in exercise and sports science with a concentration in athletic training in 2001.

There, he continued to play lacrosse for the University’s club team and was honored in 1999 by the Rocky Mountain Inter-collegiate Lacrosse League as Second Team All Conference Defensive Player. He also continued to be involved with lacrosse by working as a coach and athletic trainer for Warrior’s East meets West Camps.

Chris earned a doctorate degree in physical therapy from the University of Utah in 2005. While pursuing his degree he presented his research “Motor Learning and Parkinson’s Disease” at the UAPTA annual conference and was awarded Best Student Entry-Level Research Award from the Neurology section at the National APTA Conference. 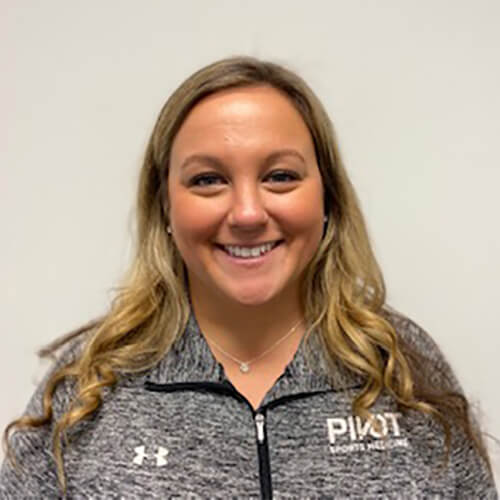 Christy has been employed by Pivot Physical Therapy since 2010 and is the Director of Sports Medicine Operations. She served as the athletic trainer at Urbana High School from 2010-2016 and was named Sports Medicine Coordinator in 2013. In 2014 she was promoted to her current role.

Prior to coming to Pivot Physical Therapy, Christy worked at North Carolina Wesleyan College where she served as an Assistant Athletic Trainer providing care for women’s volleyball, basketball and lacrosse. Over the past 10 years she has been an integral part of developing, implementing and educating others on standardized programs throughout the company such as our New Grad Mentorship program. Christy has enjoyed building relationships with local doctors, communities and youth groups, growing the Pivot Sports Medicine outreach program and coordinating the annual Pivot Sports Medicine Staff Development Conference. One of her favorite parts of her job is working closely with young athletic trainers to bridge the gap from student to professional and helping them develop within their career.

A 2004 graduate of Century High School, Christy went on to Greensboro College in North Carolina where she played lacrosse and obtained her Bachelor’s Degree, majoring in both athletic training as well as exercise and sports science with a concentration in sports psychology and a minor in psychology. She then went on to pursue her Master’s Degree in athletic training in 2009 from Ohio University. There she served as a graduate assistant for the OU football team and women’s volleyball team. 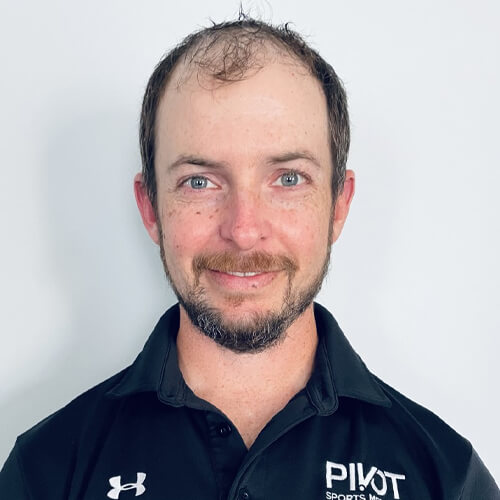 Preston Anderson joined Pivot in August of 2013 as an Athletic Trainer at Governor Thomas Johnson High School. In 2019, he moved into the role of Sports Medicine Area Operations Manager. He oversees the Athletic Trainers and Regional Coordinators throughout Maryland and Northern Virginia.

Outside of work, Preston enjoys spending time with his wife, Derise, and their son, Daytin. He also enjoys running, cycling, skiing, and craft beer. 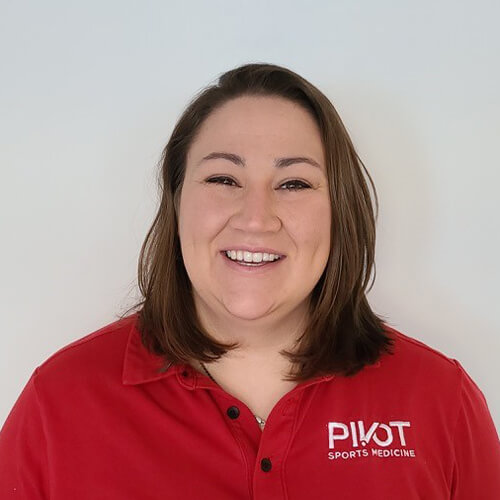 Amber Shatzer-Moats is a 2005 Hancock Middle-Senior High School graduate.  Since then she has pursued a career in sports medicine.

In 2009 she earned a Bachelor of Science degree in Athletic Training from Roanoke College. Moats earned her Masters of Health Administration from the University of Maryland, College Park in 2011 where she focused on a range of public health issues from health literacy to health policy and program development to target childhood obesity. Her education focused on gaining new insight and perspectives for promoting health and wellness in any physically active population. She has committed her career to improve and ensure quality health services that promote health, prevent illness, and that improve each person’s ability to lead a productive life through sports medicine and public health initiatives.

She has worked with a variety of athletes on the collegiate and professional level.  Specifically, she had the privilege of working with Motorsports pit-crew athletes while completing an athletic training internship in Mooresville, NC (the home of NASCAR).

Moats is a member of the National Athletic Trainer’s Association and a CPR Instructor through the American Heart Association.

In her spare time, Moats enjoys kayaking, gardening and hiking with her family and dogs. 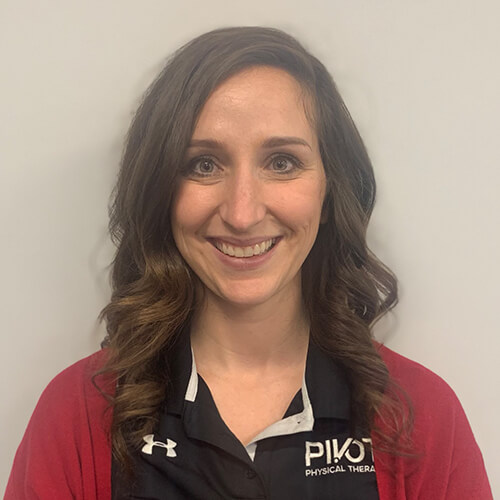 Kim currently serves as the clinic director of the Garner, NC location. She has been with Pivot Physical Therapy since August 2014 in the Northern Virginia area, and has been serving as a clinic director since 2015. Kim’s experience in physical therapy is primarily in sports medicine; having treated athletes at every level including professionals in the NBA and NFL. As a Board-Certified Orthopedic Specialist, she also has experience treating a wide range of orthopedic conditions, including, but not limited to: post-surgical joints, neck and back pain and SI joint dysfunction. She also specializes in concussion management and is a certified dry needling provider through Myopain Seminars, which can be incorporated within patient care. She is currently a member of the American Physical Therapy Association and the National Athletic Trainers’ Association.

In her free time, Kim enjoys fitness, spending time with her family/friends and cheering on the University of Michigan or the Green Bay Packers! 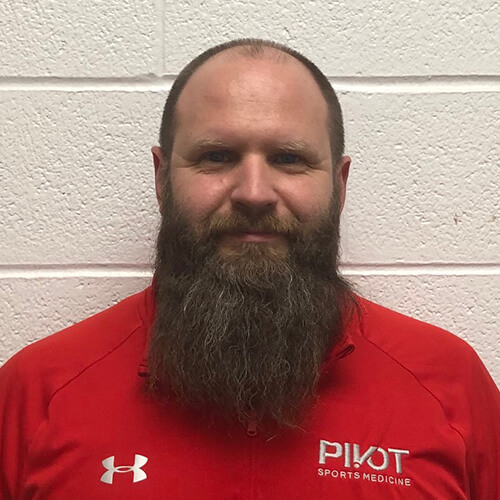 Bill Frye is Pivot’s outreach athletic trainer for Troy H.S and the Northern PA Regional Coordinator. He has been with Pivot and Troy high school since 2013. Currently he is on the Pennsylvania Athletic Trainers’ Society (PATS) Executive Board as a North Central Regional Representative. He is a Deacon at Fellowship Bible Church in Troy, and a co-Wellness Advocate for doTERRA International. Before he came to Pivot, he had the pleasure of working as an athletic trainer for Salisbury H.S. in Allentown, The Pingry School in NJ, and the Northern Tioga School District when he was the lone athletic trainer for 3 schools.

In 1996 Bill graduated from Hazleton Area High School. After High school he was accepted into Lock Haven University Athletic Training Program and graduated with a Bachelor’s of Science degree in Health Science in 2001.

Outside of work, he enjoys spending time with my family and being outdoors doing whatever. 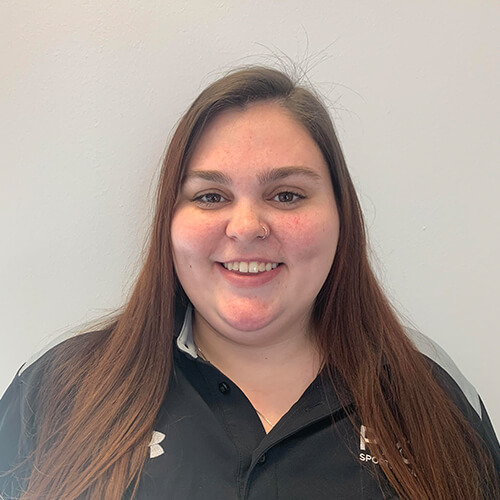 Rebecca Godwin joined the Pivot Team in August of 2019 as Williamsport High School’s athletic trainer. She also works out of the Hagerstown Physical Therapy Clinic. She is a member of the National Athletic Trainer’s Association. She is extremely passionate about the profession and hopes to make a positive impact in every one of her student athletes’ lives.

Rebecca Godwin earned her Bachelor of Science in May of 2019 from Slippery Rock University. During her time at Slippery Rock University, Rebecca was able to work with an array of athletes. She was a student athletic trainer off campus at Moniteau High School and Westminster College, a Division III school. On campus she was able to work with the men’s and women’s basketball teams, men’s and women’s track and field, and football team. She also had the opportunity to shadow a nurse in the local emergency room where she gained valuable general medicine knowledge.

In the future, Rebecca Godwin would like to return to school and obtain her Master’s degree in mental health counseling and become a Licensed Professional Counselor. In her free time, Rebecca can be found relaxing with friends and family, following Slippery Rock University sports, or taking her Jeep Wrangler out for a drive. 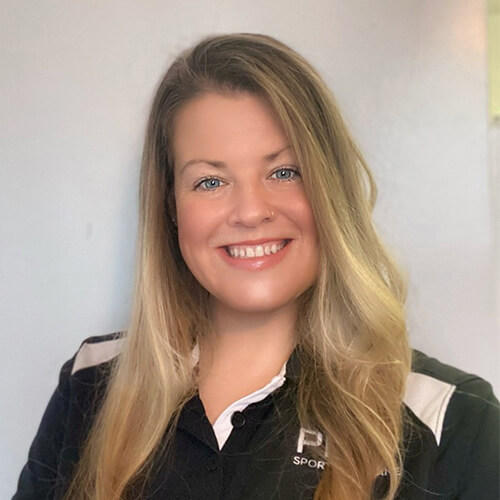 Alli manages and maintains the Board of Certification Continuing Education Program for Athletic Trainers in PIVOT. She also is a member of the following:

· Board of Certification (BOC)

Alli graduated from Towson University in 2006 with a Bachelor of Science Degree in Athletic Training. She furthered her education to obtain a Master’s in Athletic Administration from Ohio University in 2020. Additionally, Alli received her Registered Athletic Directors certification in 2020.

In her downtime, she appreciates the time she gets to spend with family and friends. 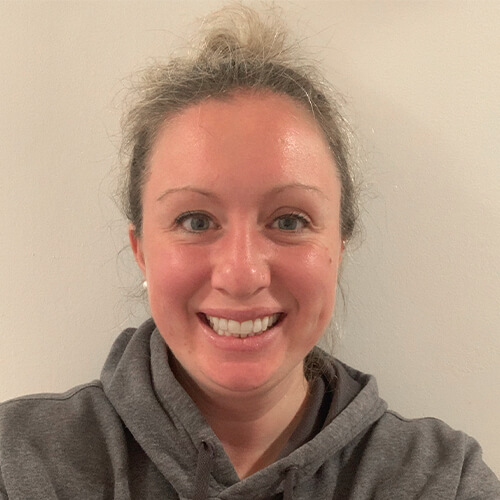 Joan James started with Pivot Physical Therapy in 2010 as the Athletic Trainer at both Walkersville and Oakdale High Schools. She then took a short hiatus in order to earn her Master’s Degree and returned to Pivot and Oakdale High School in 2015. She has been a member of the National Athletic Trainers Association since 2009 and is FMS certified. Joan enjoys being a preceptor for college students pursuing a degree in Athletic Training and providing internship opportunities for high school students interested in Sports Medicine. Her work on Landing Mechanics was published in Sports Health in 2016.

Joan has a BS in Athletic Training from Limestone College, where she also played DII Lacrosse. She then earned an MS in Exercise, Fitness and Health Promotion from George Mason University where she was the GA for the Men’s Soccer Team and the Men’s & Women’s Track & Field Team.

When Joan isn’t dedicating her time to her athletes she enjoys teaching and spending time with her family. 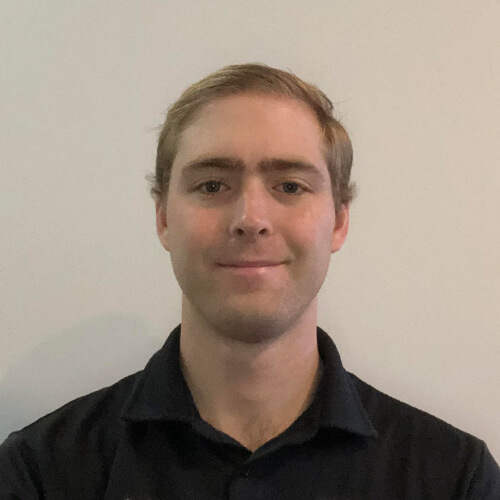 Brendan joined Pivot Physical Therapy in July of 2016. He is the Regional Coordinator for Sports Medicine of the Eastern Shore of Maryland and Delaware. Brendan is also the certified athletic trainer for North Dorchester High School in Hurlock, Maryland and at the Pivot Physical Therapy clinic in Cambridge, Maryland. Brendan previously worked at The Citadel in Charleston, SC as a resident athletic trainer. His primary responsibility was as an athletic trainer with the football team. He is a member of the National Athletic Trainers Association and Mid Atlantic Athletic Trainers Association.

Brendan graduated from Salisbury University in 2015 with a Bachelor’s Degree in Athletic Training. Brendan obtained his Masters Degree in 2017 from California University of Pennsylvania in Exercise Science and Health Promotion with a concentration in Rehabilitation Sciences.

Outside of work, Brendan enjoys going to the beach, exercising, playing basketball, hiking, and spending time with family. Brendan has two dogs named Henley and Oakley. 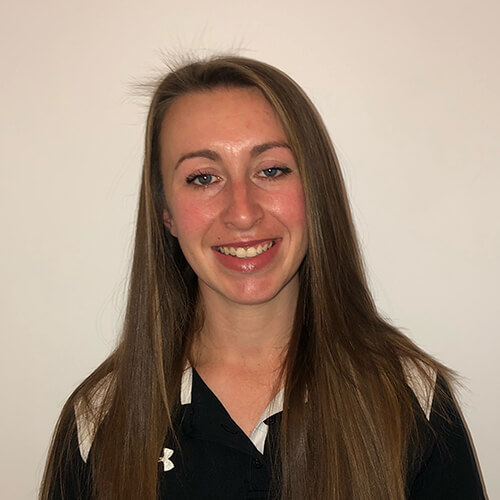 Brittany Smith is the certified athletic trainer at Spring Mills High School. She started working for Pivot Physical Therapy as a physical therapy technician in October of 2013 and was then hired as an athletic trainer for Spring Mills High School through Pivot in October of 2014. She graduated from Salisbury University with a Bachelors of Science in Athletic Training in May of 2013. From there she worked at Mount St. Mary’s University, working predominantly with women’s soccer, women’s lacrosse, and some men’s lacrosse as well. She also has work experience with Navy Lacrosse, Spring Mills Lacrosse, and Spring Mills youth football. In her free time she enjoys staying in shape and walking her husky.