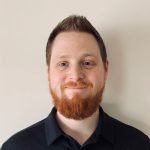 Trevor joined the Pivot team in February 2020 as the Clinic Director for the Raleigh – Forestville road location. He has been treating patients since 2013 in a number of different settings and locations, due to beginning his career as a traveling PT. Trevor received experience in both outpatient and inpatient settings; all while getting to experience traveling the country for about 2 years, but eventually settled in Raleigh, and on his love for outpatient orthopedics. Trevor worked in a heavy manual therapy based clinic for close to 4 years before becoming a Pivot team member and he is a very hands on Therapist. Trevor became a Certified Kinesio-taping Practitioner (CKTP) in 2015, a Certified Orthopedic Manual Therapist (COMT) in 2018, and achieved a Certification in Scientific Therapeutic Exercise Progressions (C-STEP) in 2019. The COMT and C-STEP were both through the Ola Grimsby Institute, which utilizes a very eclectic approach to therapy. As a Manual Therapist, Trevor was trained in using his hands through soft tissue mobilization, joint mobilization, and manipulation; however, he also has experience in the use of instrument assisted soft tissue mobilization (IASTM) and therapeutic cupping. Utilization of manual skills but also specifically dosed exercise progressions has provided Trevor with valuable tools to achieve great outcomes with his patients.

Outside of the clinic, Trevor enjoys spending time with his family, friend, and dog Parker, playing sports, brewing beer, and cheering for the Buffalo Bills.