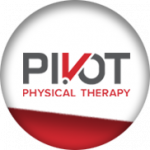 Todd Kramer is responsible for operations and growth of the Pennsylvania market of Pivot Physical Therapy.  Todd brings to Pivot over 20 years of experience in the industry achieving positive results.

While at NovaCare/Select, Todd served as the Director of Operations for over 175 physical therapy facilities and 6 occupational medicine facilities which generated over $150M in revenue.  Todd served in roles at Drayer as the Controller and Director of Business Office Operations.  At ProCare, Todd joined the company as a consultant in 2006, served as the Chief Financial Officer and became an owner in 2014.