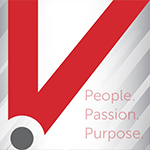 Roger is the clinic director in the New Bern, NC Pivot Clinic and has worked in the New Bern area since 2004.  He received his Bachelor of Science in PT in 1994 from East Carolina University and his Doctor of Physical Therapy from the University of South Dakota in 2013.

In his spare time, he enjoys spending time with his wife, Donna, and family.