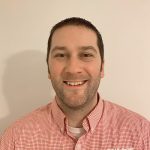 Michael attended the University of Scranton for his undergraduate studies and received a bachelor’s degree in exercise science and sport with a concentration in nutrition. After receiving his undergraduate degree, Michael continued studying at the University of Scranton and received his doctorate of physical therapy. During his time at Scranton, Michael was involved in the community and volunteered his time at local senior centers helping participants take part in exercise programs. He enjoys treating all patient populations with a special interest in vestibular rehabilitation and sports rehabilitation.

Aside from being a physical therapist Michael enjoys spending time with his wife and family. He still remains active in sports, including volleyball and basketball, and enjoys watching sports in his spare time.