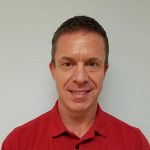 Lee graduated with a Master’s Degree with an emphasis in physical therapy from Old Dominion University in 1995. In 1999, he received his Strength and Conditioning Specialist Certification from the National Strength and Conditioning Association and subsequently served as the NC State Director from 2001-2004. He also received his Athletic Training Certification from the National Athletic Trainers Association in 2002. In December of 2005 Lee received his Doctor of Philosophy in Exercise and Sport Science from the University of North Carolina at Greensboro.