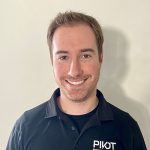 His outside interests include sports, the outdoors, and enjoying time with his family. Larry enjoys both watching sports and playing recreationally. He also enjoys the outdoors and likes to perform activities such as hiking and biking. Family is also important to him as he enjoys spending time with them when possible, such as vacations.