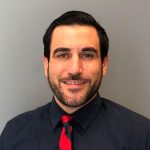 Joan (pronounced Juan) Fernandez Tomas was born in Manresa, a city 45 minutes north of Barcelona, Spain. In 2005, he graduated from Fundació Universitària del Bages (FUB), now known as UManresa (Universitat Central de Catalunya). He became interested in pain science in 2010, while completing his Masters in Manual Therapy at the University of Granada (Spain). In 2013, Joan moved to the United States and joined the Pivot team as a staff physical therapist in the Gloucester, VA location. Once established in the USA, he took the opportunity to enroll in the Therapeutic Pain Specialist Certification with International Spine & Pain Institute along with the post professional Doctor of Physical Therapy (tDPT) with Evidence In Motion (EIM), which he completed in 2017. Joan completed a Pain Neuroscience Fellowship through EIM in January 2021 and has accepted a Pain Science faculty position with EIM. Most recently, he was promoted as the Clinic Director of the Pivot in Gloucester, VA.