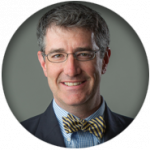 As Regional President of Western & Central Maryland, Washington D.C., West Virginia and Virginia, Christopher Horowicz is responsible for managing patient care and outreach. Chris is a Baltimore native. He graduated from Goucher College in 1995 with Bachelor of Arts degree in international relations. While at Goucher, Chris was on both the swim and lacrosse teams and served as a lacrosse team captain during his senior year. He continued his education at the University of Utah and obtained a Bachelor of Science degree in exercise and sports science with a concentration in athletic training in 2001.

There, he continued to play lacrosse for the University’s club team and was honored in 1999 by the Rocky Mountain Inter-collegiate Lacrosse League as Second Team All Conference Defensive Player. He also continued to be involved with lacrosse by working as a coach and athletic trainer for Warrior’s East meets West Camps.

Chris earned a doctorate degree in physical therapy from the University of Utah in 2005. While pursuing his degree he presented his research “Motor Learning and Parkinson’s Disease” at the UAPTA annual conference and was awarded Best Student Entry-Level Research Award from the Neurology section at the National APTA Conference.