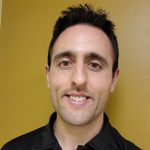 Bo joined the Pivot Physical Therapy team at the Tunkhannock, PA clinic in April 2015. He has an interest in orthopedic and sports medicine, as well as manual therapy. In 2016 Bo became a Certified Orthopedic Manual Therapist (COMT) through Maitland-Australian Physiotherapy Seminars (MAPS). He has also earned additional certifications including Select Functional Movement Assessment (SFMA), Functional Movement Screen (FMS) and EXOS. Bo has worked as a physical therapist for the past five years, and previous to that he worked as a personal trainer for several years throughout his years in college.

When not working, Bo enjoys working out, running, spending time with family/friends and following the Pittsburgh Steelers and the West Virginia Mountaineers sports teams.